It was in 2008 that Mark and I decided to buy our first five pedigree Ayrshire cows from the Dudley Wood herd and what a lot has happened since then.  When those first five heifers were the only red and white cattle amongst a herd of black and whites, it was clear they had a friendship, how they stuck together when grazing, following each other when coming in to be milked and through the milking parlour!  They were the best of pals and I still notice that friendship when our own homebred calved heifers go through the milking parlour today.

Rearing calves is just the same as rearing children!

When I tell my tales to audiences about our herd, I often find it easier for them to understand by relating how a cows’ life is similar to our growing experiences.  When they’re born, they come into the “nursery” to be fed and cared for the first couple of months then when they’re weaned, the group go outside to the big wide world (a field) just as we send our children off to primary school.  After the calves reach their first birthday, they move on to the next stage of “growing up” then I relate this to the teenage years & puberty and finally, after flirting with the bull, becoming pregnant for the first time, and so on!  It always makes my audience titter with laughter at the similarities.

Just before Christmas we celebrated Harry’s 21st and as every parent states how unbelievably fast those years have passed.  So in his 21st year, he is such a lucky lad to have this opportunity.  As those of you already know, we are moving out from our village location and rebuilding our new farm on a green field site, to secure & expand our business for the future.  He’ll be the 4th generation to milk cows on our land, which we are all proud off.  Hopefully by the time you’re reading this, our milking & cubicle sheds will have begun to be erected and we’ll see the new farm emerging out of the ground, on top of a hill.  Although it’s the same land, the original farm is named Southfields, so this will probably stay with the original farmhouse and cottage in the village. So I’ve been thinking of a new name for the farm.

The new farmhouse will be built alongside the new farm site in a field which over the generations has always been referred to as Alma Bank.  Having asked village elders and family members alike, why this hill was so named, their replies refers to “The Battle of Alma” which happened during the Crimean War in September 1854. Strange as this may seem the story goes like this.   Following a meet of the Cottesmore Hounds, a keen Victorian huntsman & soldier was galloping below this hillside and looking up towards the shear face of it, remarked how it reminded him of the hillsides along the River Alma, where the battle took place.  And so the legend lives on. We now have a new name “Alma Bank Farm”. It’s now being registered at the local Council as our address and a much needed new postcode. 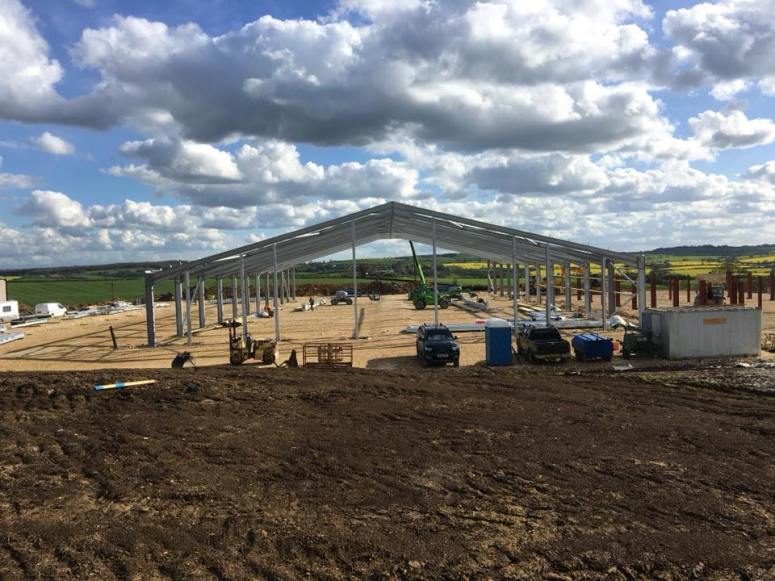 Where to Find Us

“The visit was entertaining, educational and enjoyable and we all learnt a lot.”  John  (Long Bennington Local History Group)

“Thank you for a wonder afternoon.  Extremely interesting and informative.” – Gillian (Thrapston U3A)

“The only complaint I have is the weather wasn’t up to scratch – but it didn’t deter us from having a wonderful trip.  Thank you for your hospitality” – Linda.

“Thank you so much for your hospitality.  It has been a brilliant afternoon.  I will never look at a bottle of milk again without thinking about what we have seen at Farmer Barnes’ Dairy” –  Iris.

“Thank you for a fantastic afternoon, very interesting as we have never been to a farm and seen first hand what goes on.”  – Margaret

“We enjoyed it so much, please let me know if the Family Day Trips are planned for October and I’ll love to bring my Grandchildren” –  S. Pringle.